Hailing from Mand village of the Kech District, an area of South-Western part of Balochistan, Pakistan. Zobaida Jalal started her work as a Social Activist in 1982 when her father, Mir Haji Jalal Khan Rind, started the first ever Girl’s School in the remotest part of Balochistan, in Mand.

This was done with the support of her father and during times when it was not even allowed for the girls to go out of their homes, leave alone to schools, given the strictly conservative Baloch society then. Zobaida, along with her sisters, taught every single subject themselves in the beginning, to almost 500 female students who joined the school over a period of ten years. Jalal’s school is still up and running where hundreds of Baloch children are now being equipped with quality education and girl’s moved on to become professionals in every field that they get an opportunity to be part off. The school is a Higher Secondary school now.

She started her political career in 1999 when she was selected in Former President General Musharaff’s first tenure as the Federal Minister for Education, 1999-2002.In the year 2002 she consciously made a decision to contest for General Elections and was the first Baloch woman, who made history by winning the National Assembly seat in the world. She continued as Federal Minister for Education till 2004. She worked tirelessly to make Pakistan’s education system more inclusive. As the Education Minister, she made sure all religious seminaries in Pakistan were providing mainstream modern education, as well. Her curriculum update efforts were widely lauded and her support for girls’ education is not a secret. She took the first ever sector wide approach in making the Education Sector Reforms, which included focus from Early Childhood Education, all the way to Knowledge based Higher Education.

From Dec 1999 to Dec 2000, she was also the Federal Minister for women Development and in this short period she created history again by getting Honour Killings declared as murder and made it part of the Penal Code of Pakistan. She also set up the First ever Permanent National Commission on the Status of Women.

She is of the view that extremism is a barrier to development in Pakistan and the only key to globalization and moving forward in the fast paced world is equal, quality, knowledge based Education and by empowering women with the right of education we will see a more balanced and a tolerant society in Pakistan.She continued as Member of the National Assembly (MNA) from 2008- 2013 and today is preparing for the next General Elections in Pakistan, 2018.

Her services were recognized by the Government of Pakistan and honored her with Pride of Performance Award for Education by the President of Pakistan. She has authored many publications including Papers on Baloch Embroidery and Poverty alleviation. Her passion and dedication to develop a peaceful Balochistan will always be remembered. 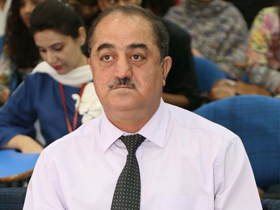